After a little over an hour after leaving Ischia Porto, our ferry entered the waters of the port of Naples.

the lighthouse on the island of St. Vincenzo, located one mile from the coast, first mentioned in documents in 1268. In 1487 the Aragonese ruler Ferrante I ordered to build on the capital island of the tower, but 8 years later the lighthouse was destroyed by the artillery of the French squadron. 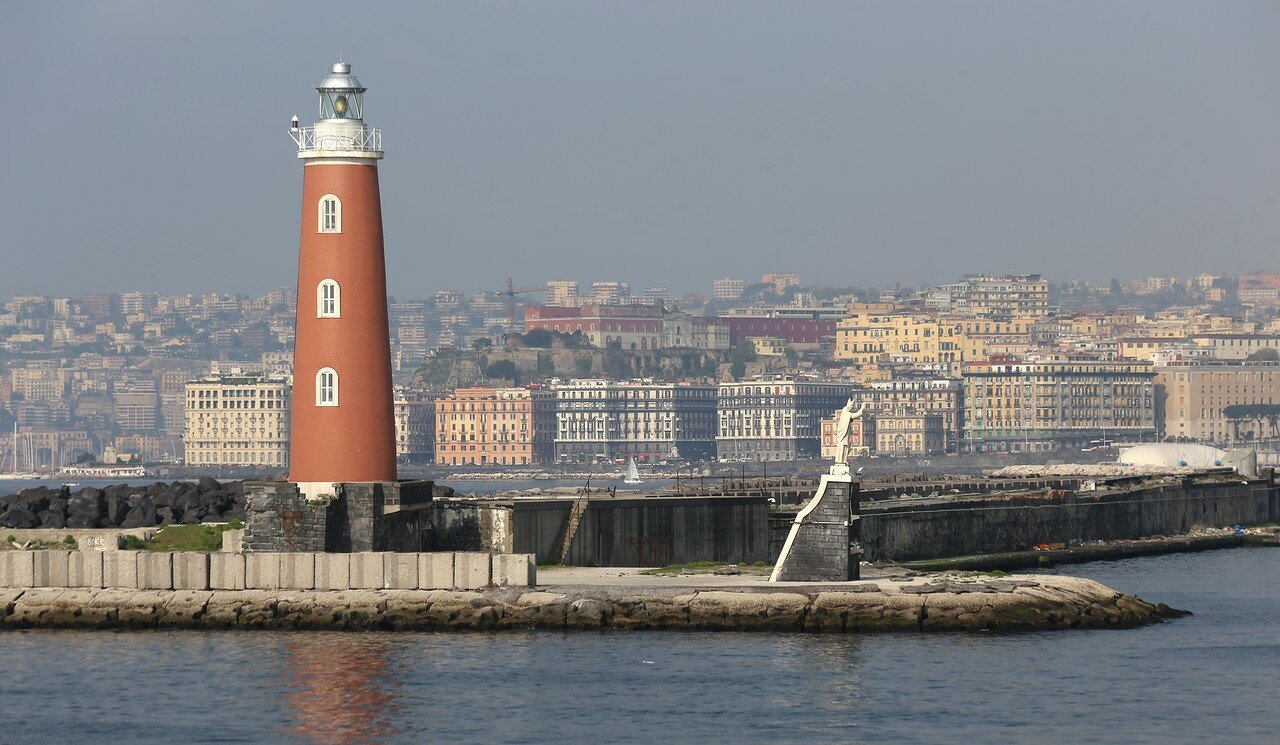 Arriving in port the ships meets San Gennaro - the patron Saint of Naples. 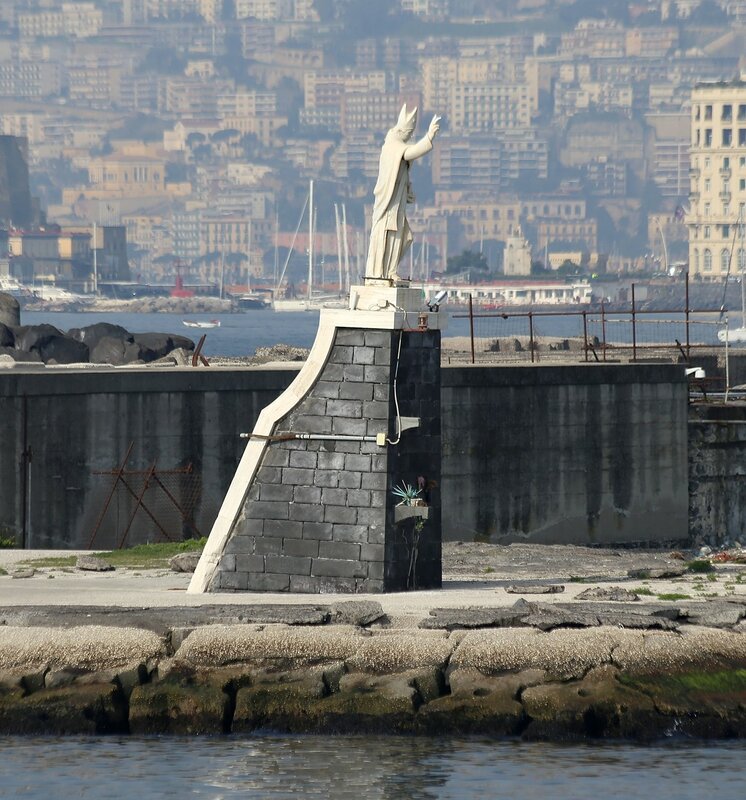 the Statue was made in the mid 17th century and originally stood in port. 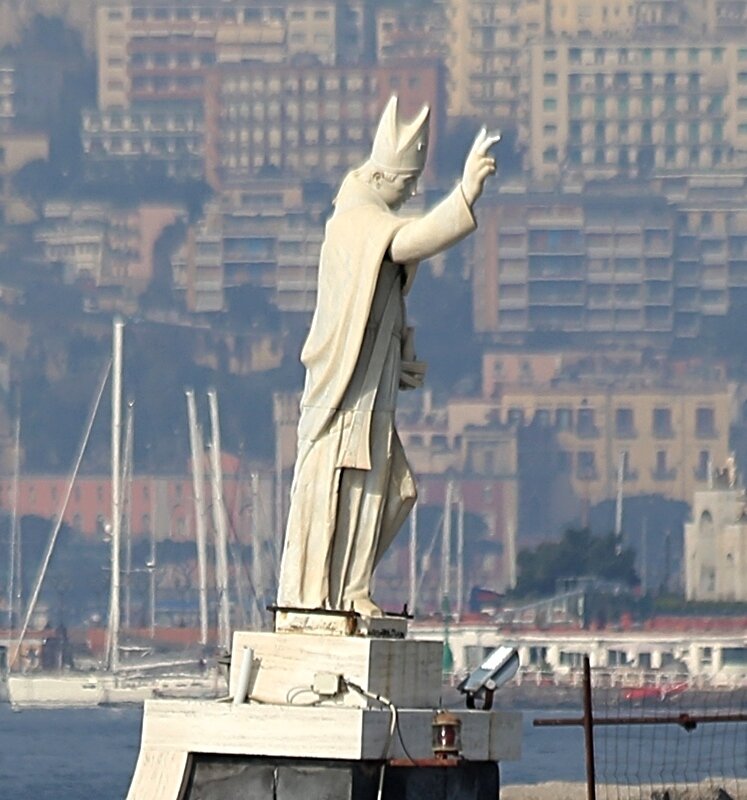 In 1826, the monument was moved to a pier in San Vincenzo. 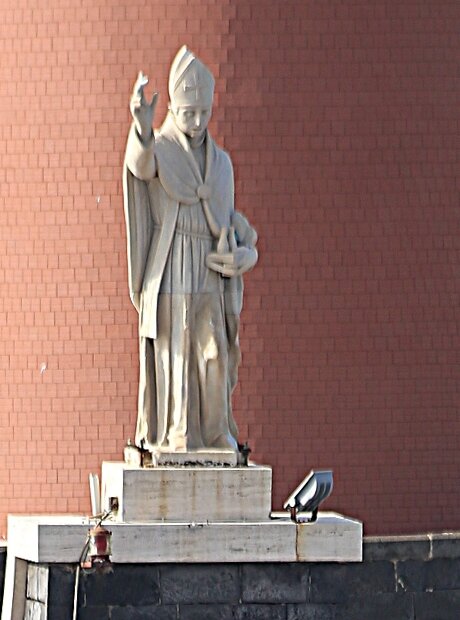 the lighthouse Tower was restored again when Federico of Aragon in the early 16th century and it served for almost a century until it was destroyed by fire in 1624. In 1626 the great tower was rebuilt under the direction of architect Pietro De Marino. The lighthouse once again has changed its appearance in 1932, in this form we see it now. 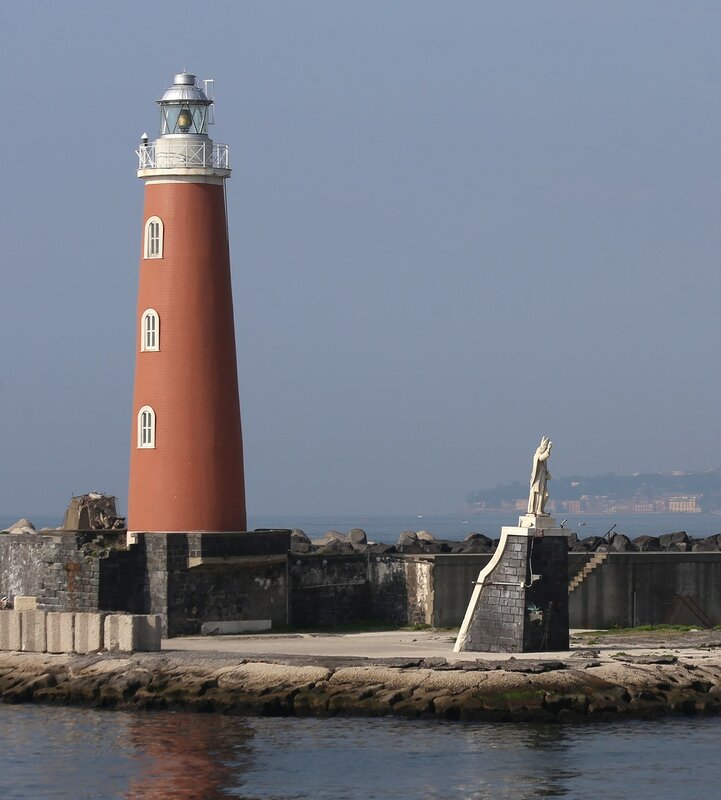 In 1557 the architect Domenico Fontana presented the project of modernization of the port providing the connection of the island with the mainland. The cofferdam was built in 1596, but after a year was washed out by a storm. 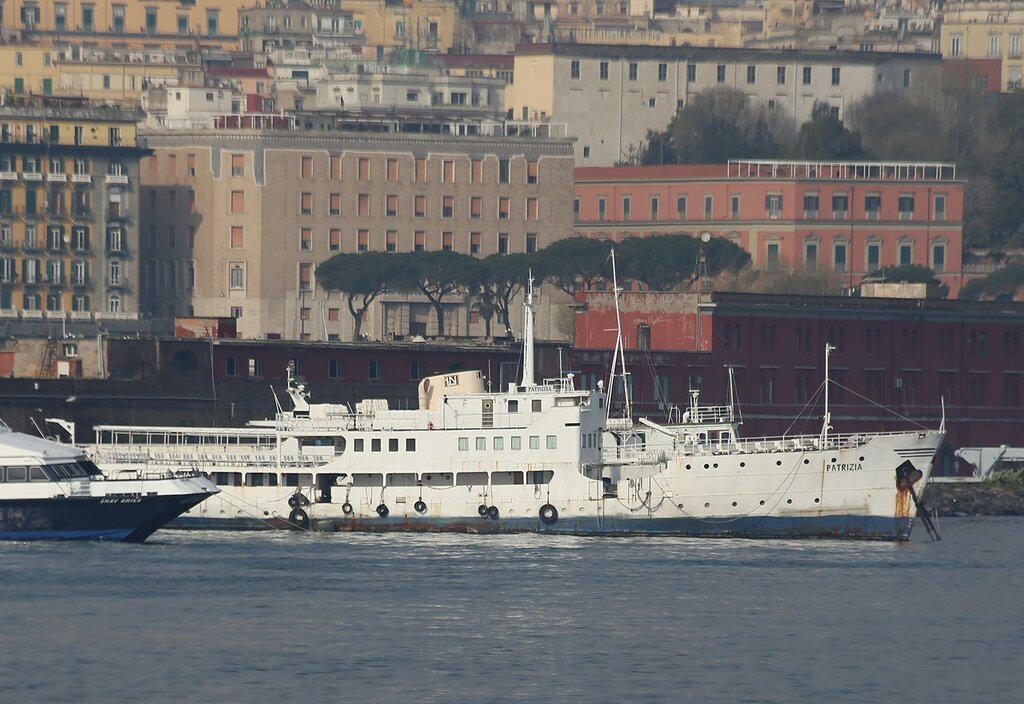 Greatest prosperity the port reached during the reign of the Bourbons. In 1836 Ferdinand II issued a decree on the establishment of a military port, protected from the sea by a large breakwater, continuing the work of Domenico Foun. Construction under the leadership of Colonel Domenico Cucinello and architect Stefano Gasse lasted from 1841 to 1847. Stone for building was quarried in kamenolomnya on the slopes of Vesuvius. In 1843 erected a new tower of the lighthouse. In August 1852, at the pier San Vincenzo opened its first dry dock in Italy, built of brick.

Old Arsenal. Under these arches were kept artillerijskoe supplies. The pier is visible behind the Castel Dell Ovo (Castel Dell'ovo, castle of the Egg). 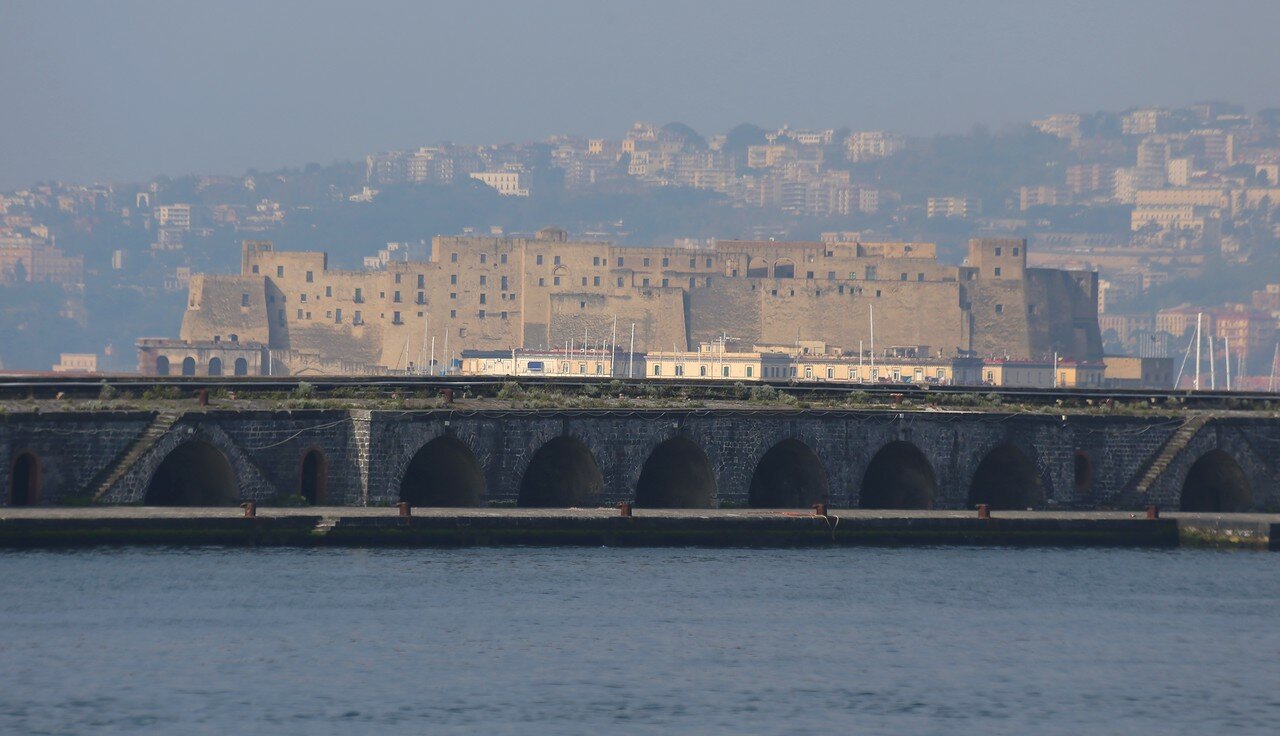 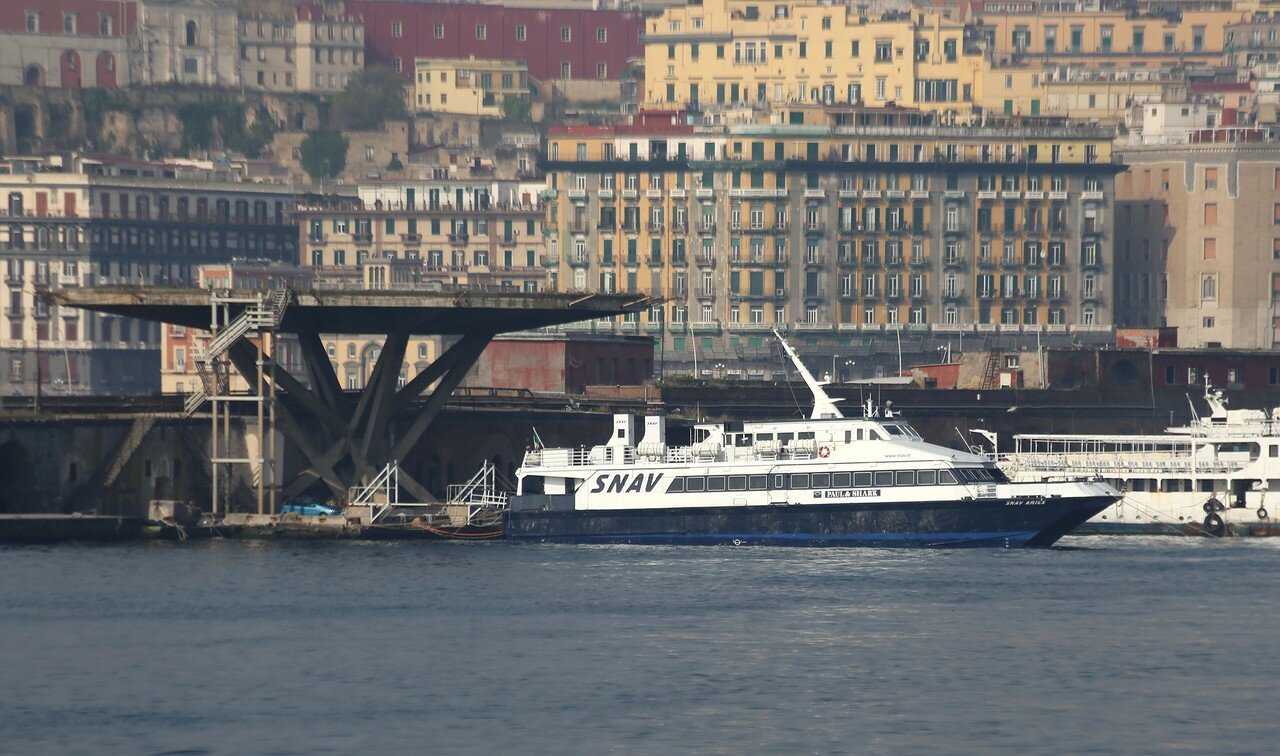 In 1998 the city authorities attempted to turn the pier at the boardwalk and cruise berths, the reconstruction has been spent 20 billion lire. However,a stroll in the Mall and now there is no way - adjacent to the shore part of the Mall belongs to the Italian Navy, who is in no hurry to open access through its territory. 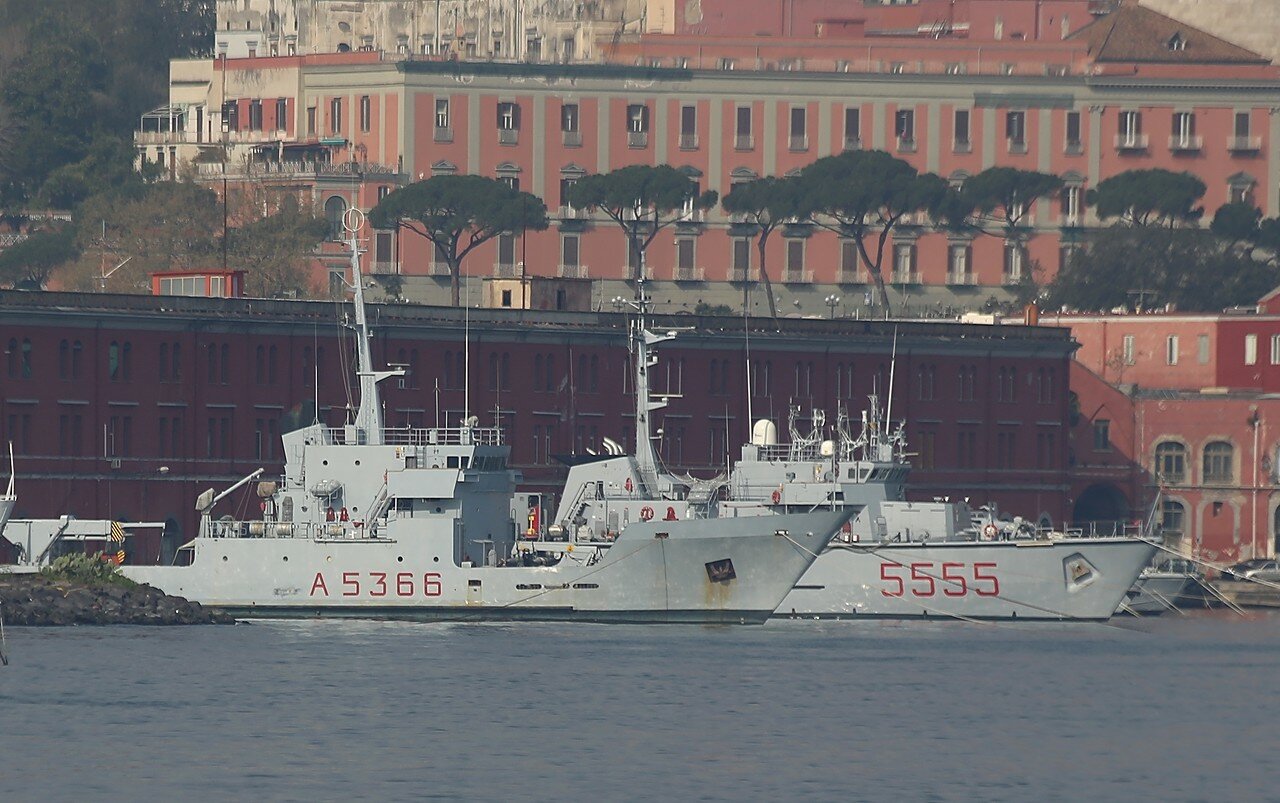 New port reconstruction was carried out at the time of fascism - Mussolini planned to use the port for connection with the new African colonies. in 1931 they say San Vincenzo was extended another 500 meters. In 1934-1936, he was built a new Maritime station. Monumental construction architect Cesare Basani consists of two wings on a length of 182 metres. In the building to discern the features of the Soviet constructivism of the late ' 20s. Usually here moored cruise ships, but today is Egyptian warship, who came on an official visit.

Behind the harbour you will see the bastions of Castel Nuovo, followed by the dome of the Galleria Umberto. 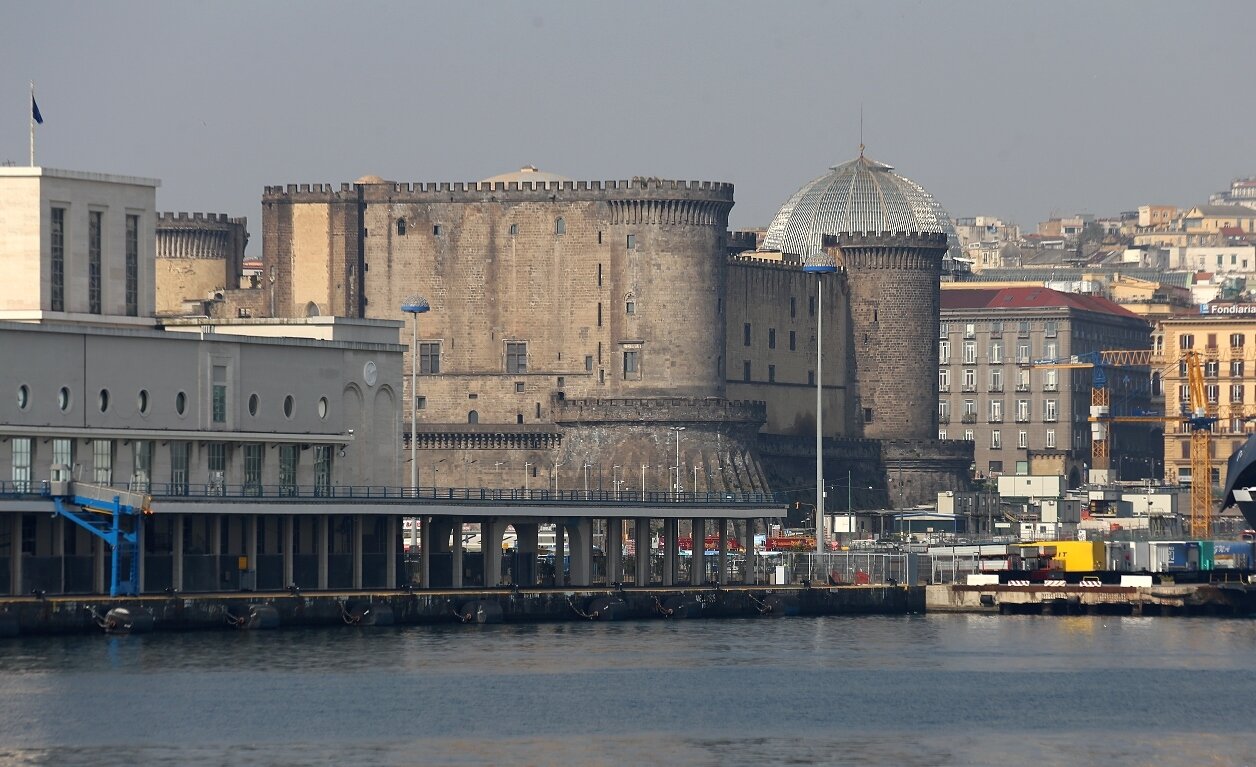 On the hill above the old town, in the morning mist is seen the castle of St. Elmo and Abbey of San Martino. 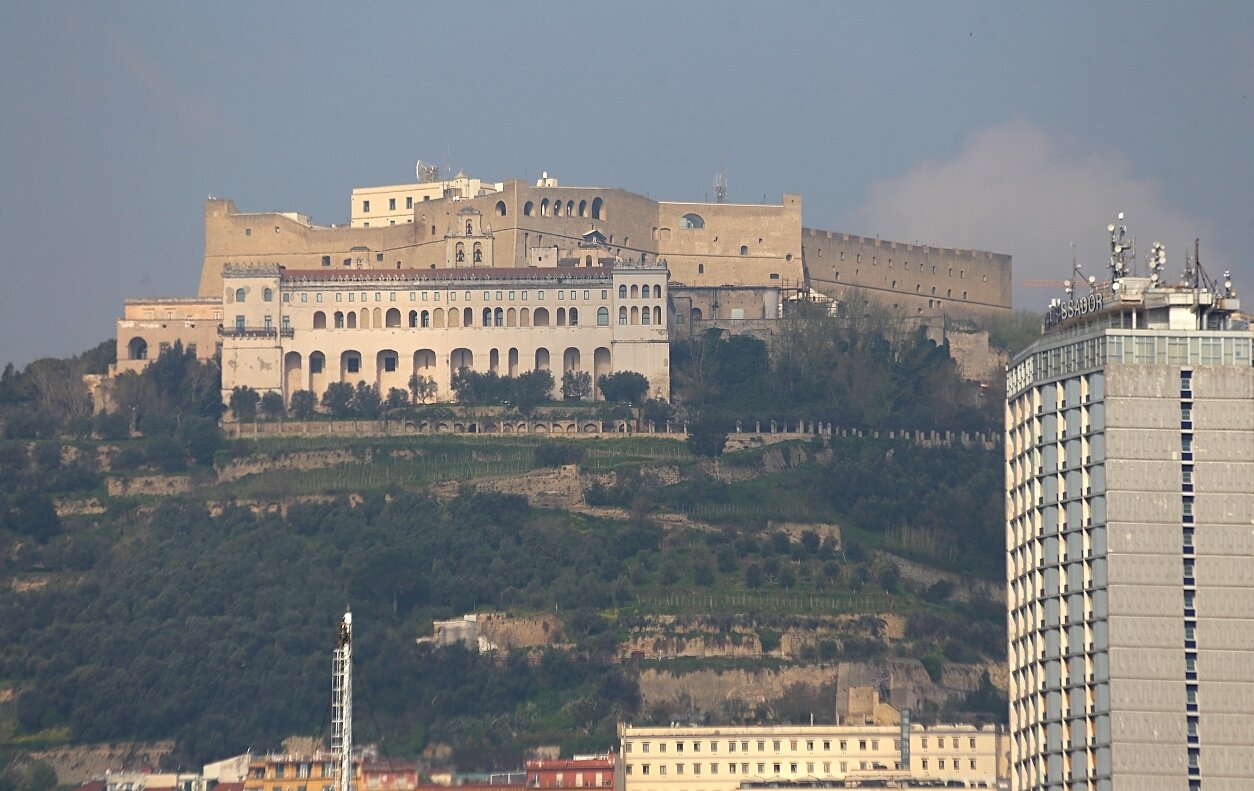 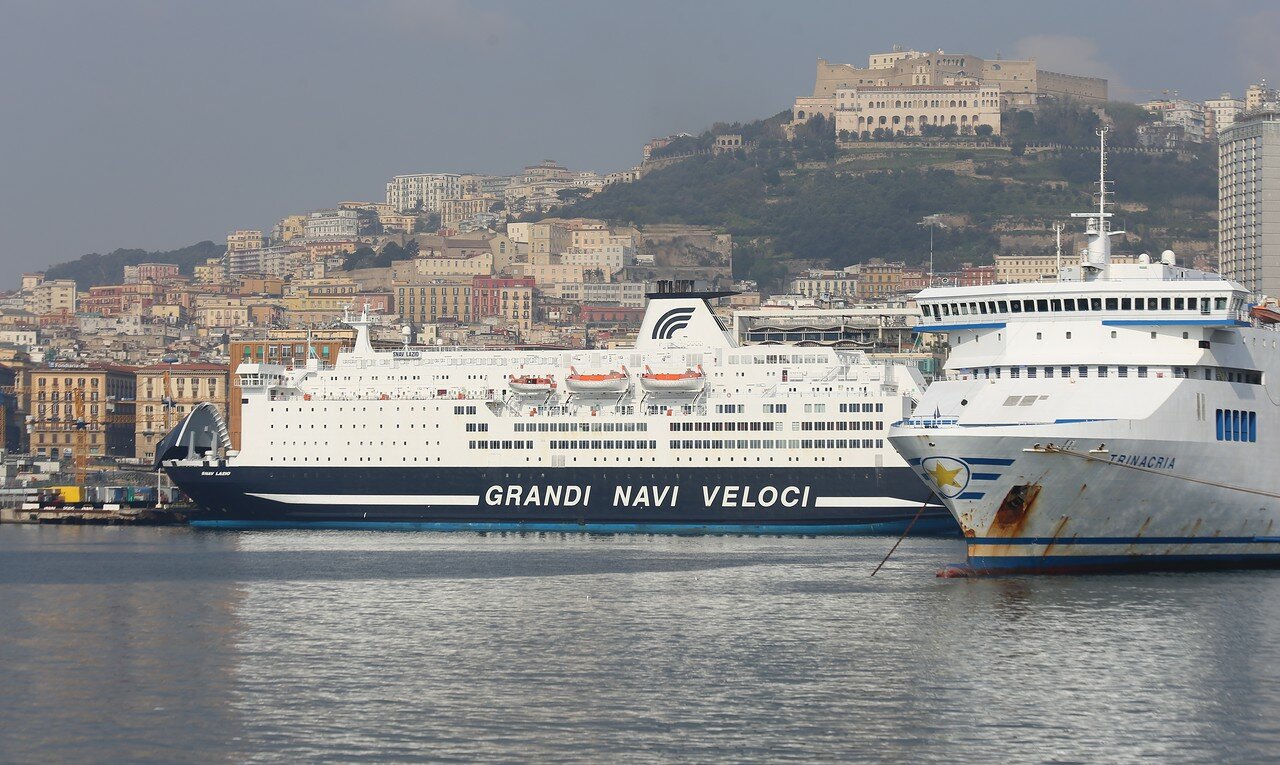 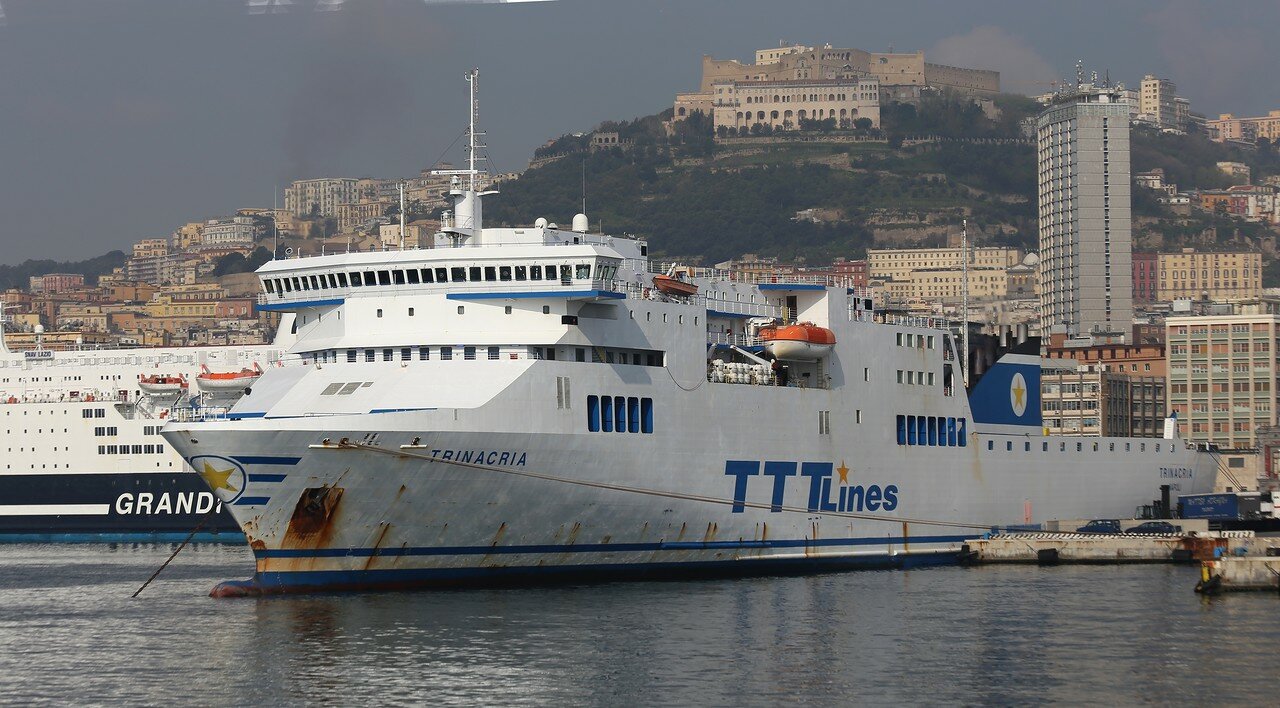 further North to Porta di Massa (map) are based on local ferry lines linking Naples with Ischia, Procida, Capri and Sorrento. And there goes our ship.