As I was returning home towards midnight, Bovio noticed a procession in one of the streets leading away from the Piazza Giovani. Six young men in black jackets and white trousers and shoes carried a stretcher with an image of the virgin, decorated with flowers. 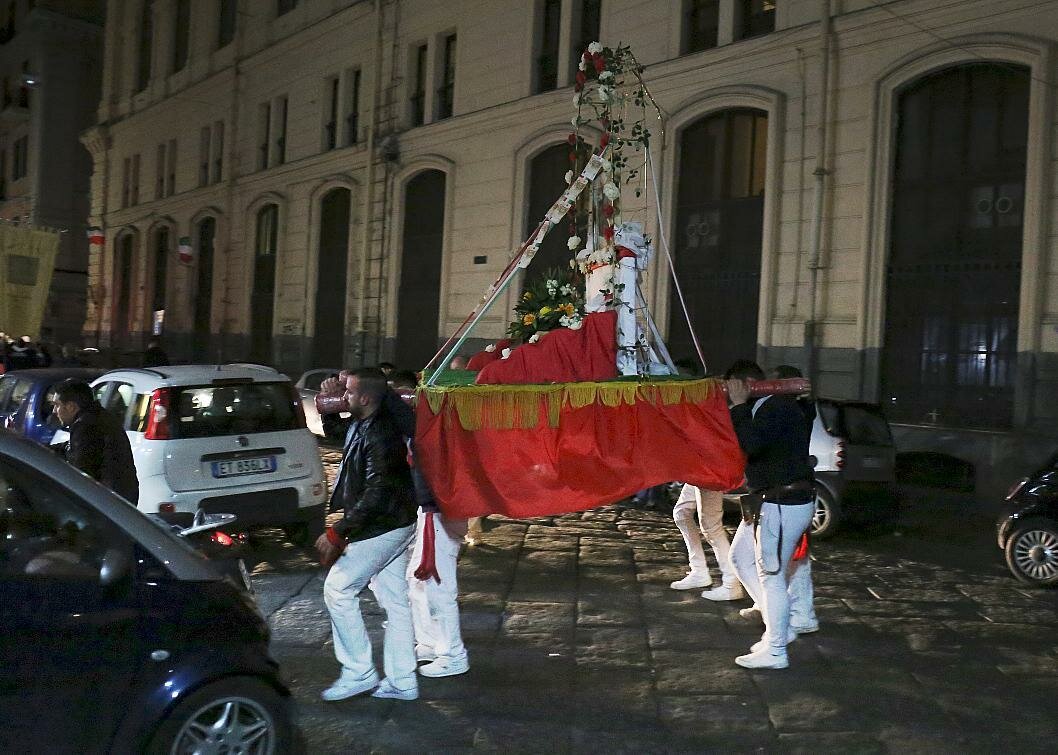 They were followed by a small band, whose members were also dressed identically. 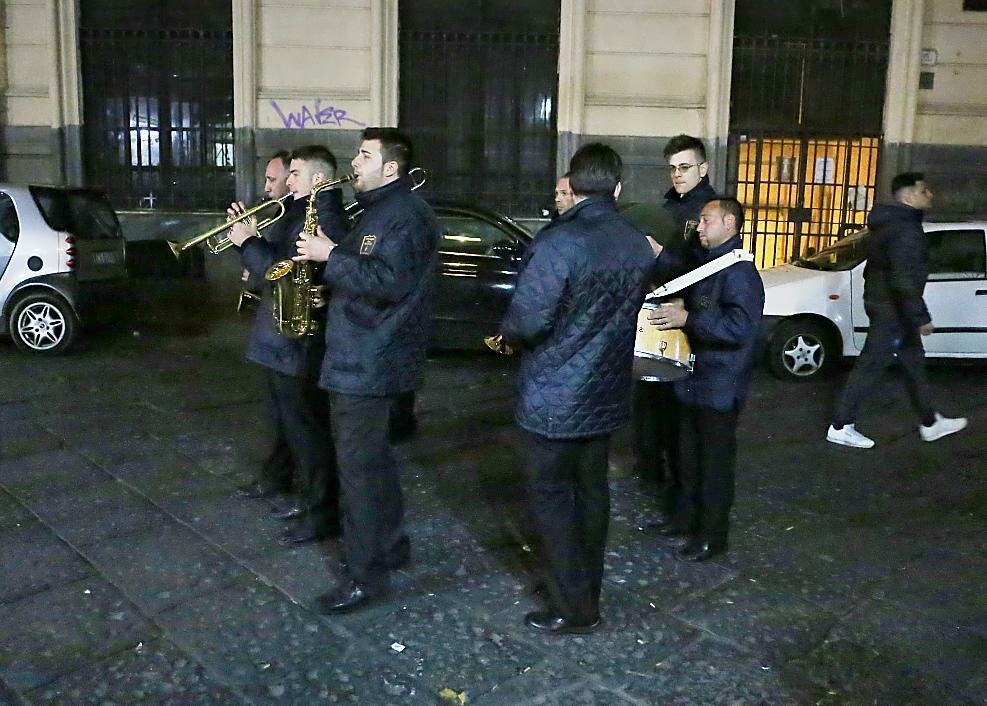 After some evolutions (and this happened almost at a run), the stretcher was placed close to the doors of one of the cafes, from which grandma came out and applied herself to the image. 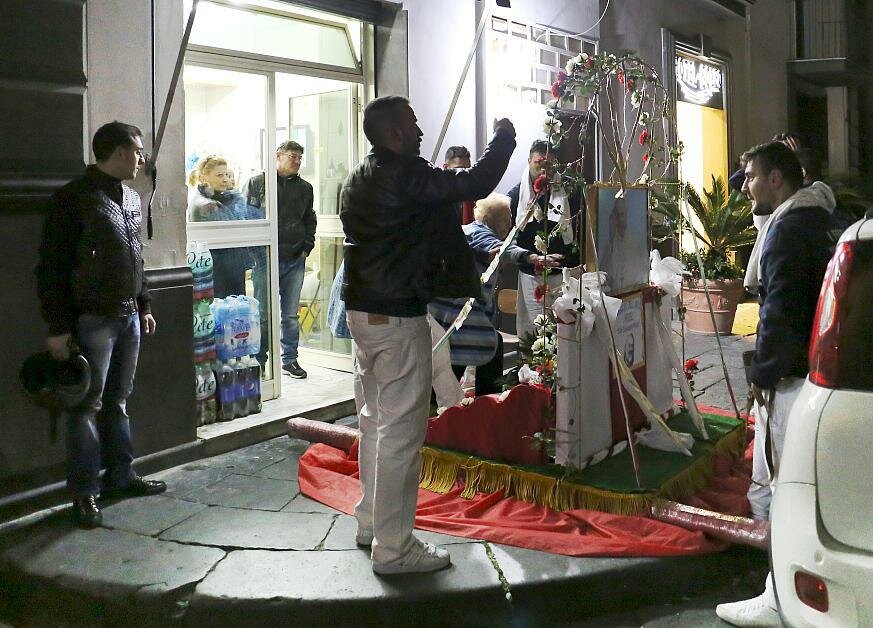 Meanwhile, from another alley appeared a crowded column with banners and again with a full-fledged orchestra. 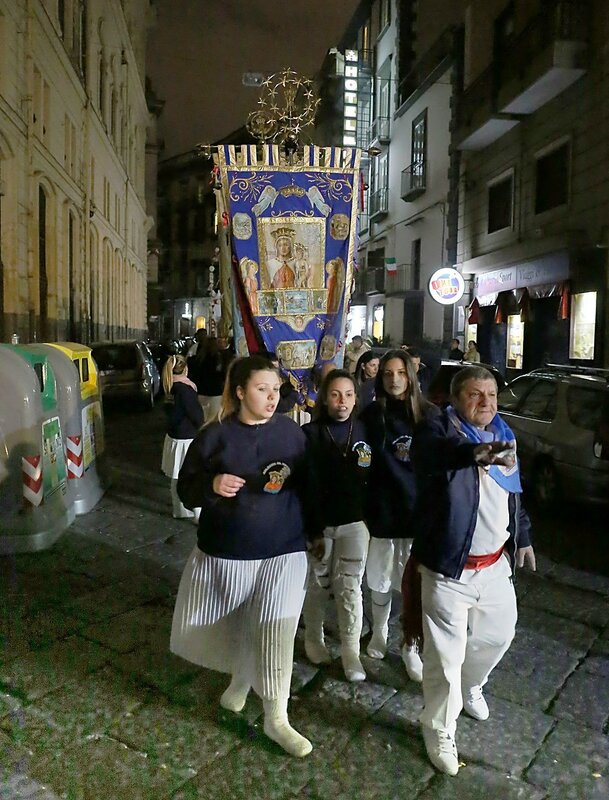 From nowhere, a large number of people appeared, and mostly young people. 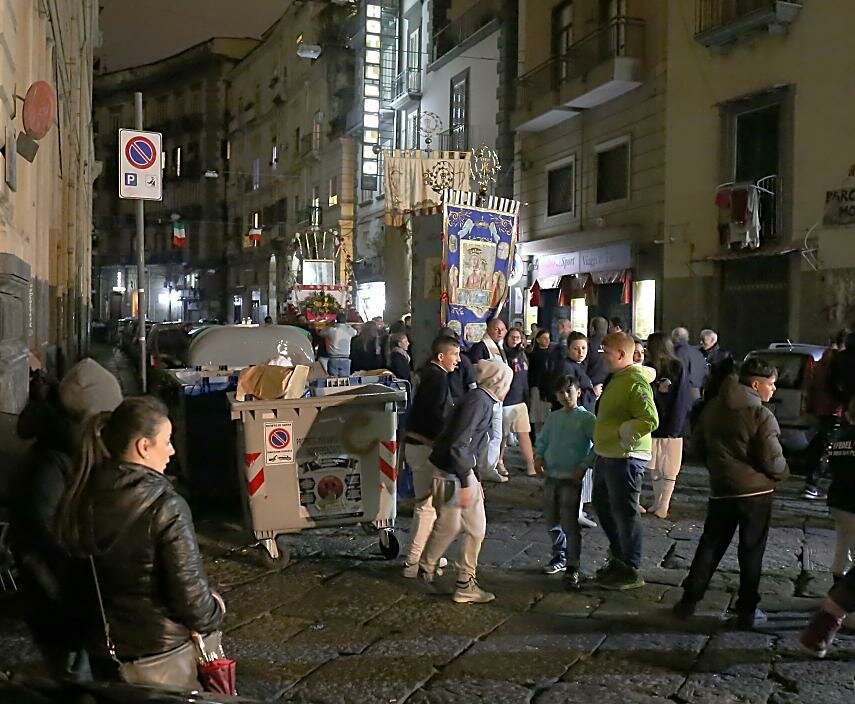 The two processions were joined, 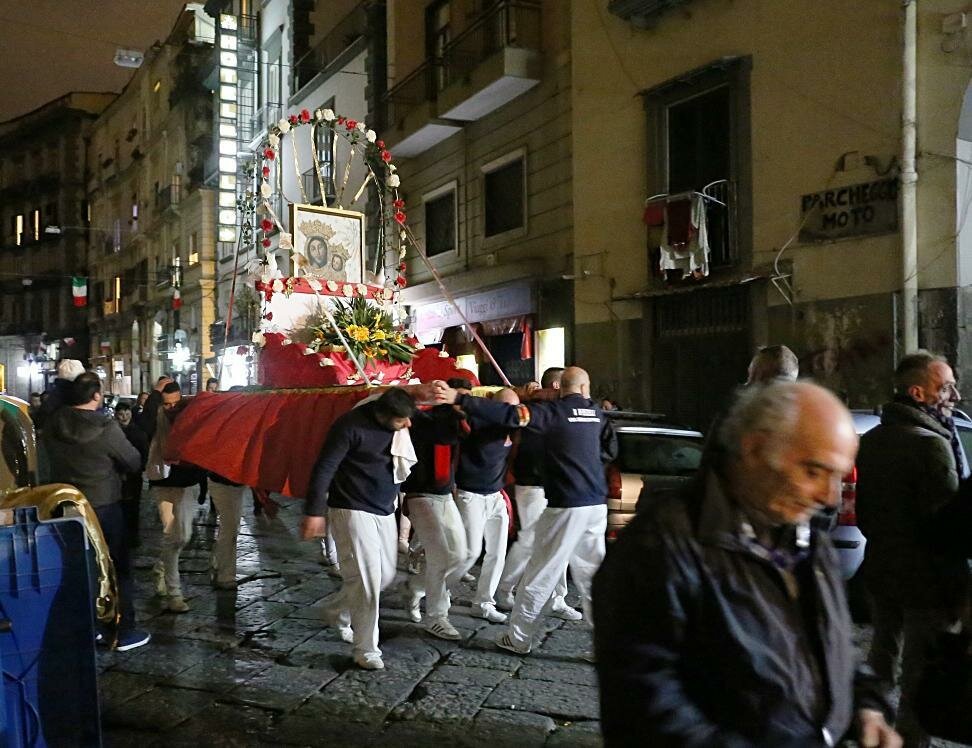 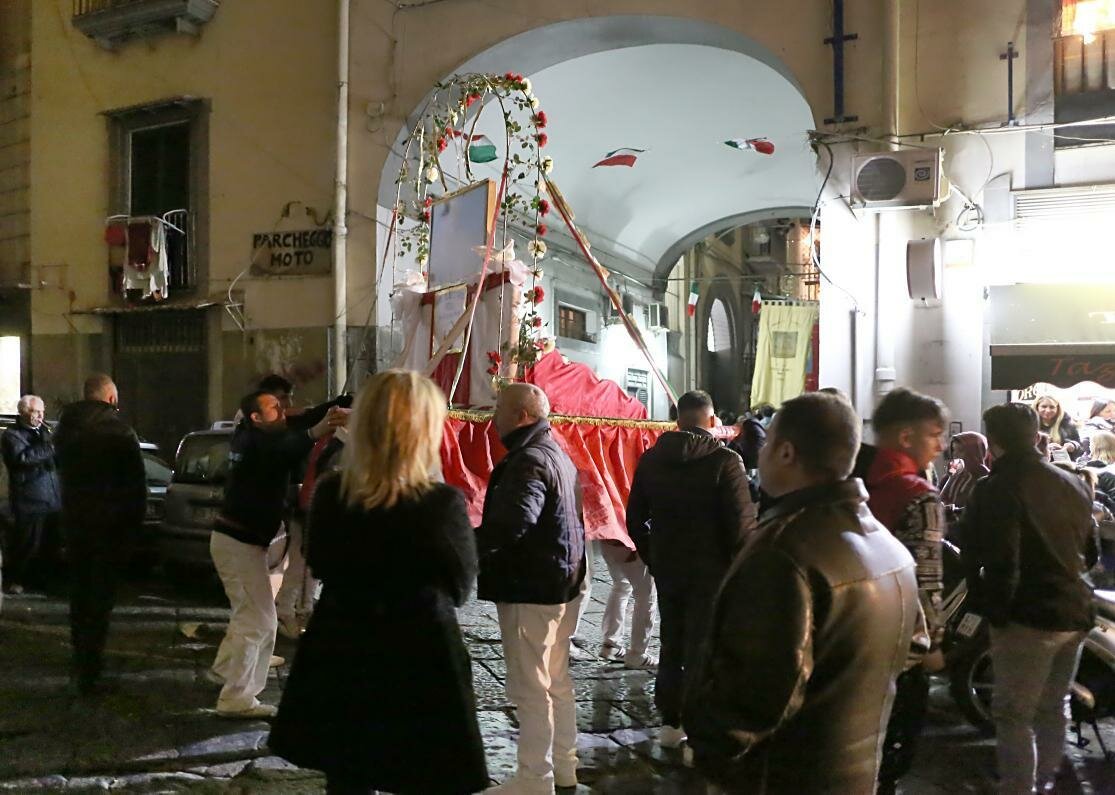 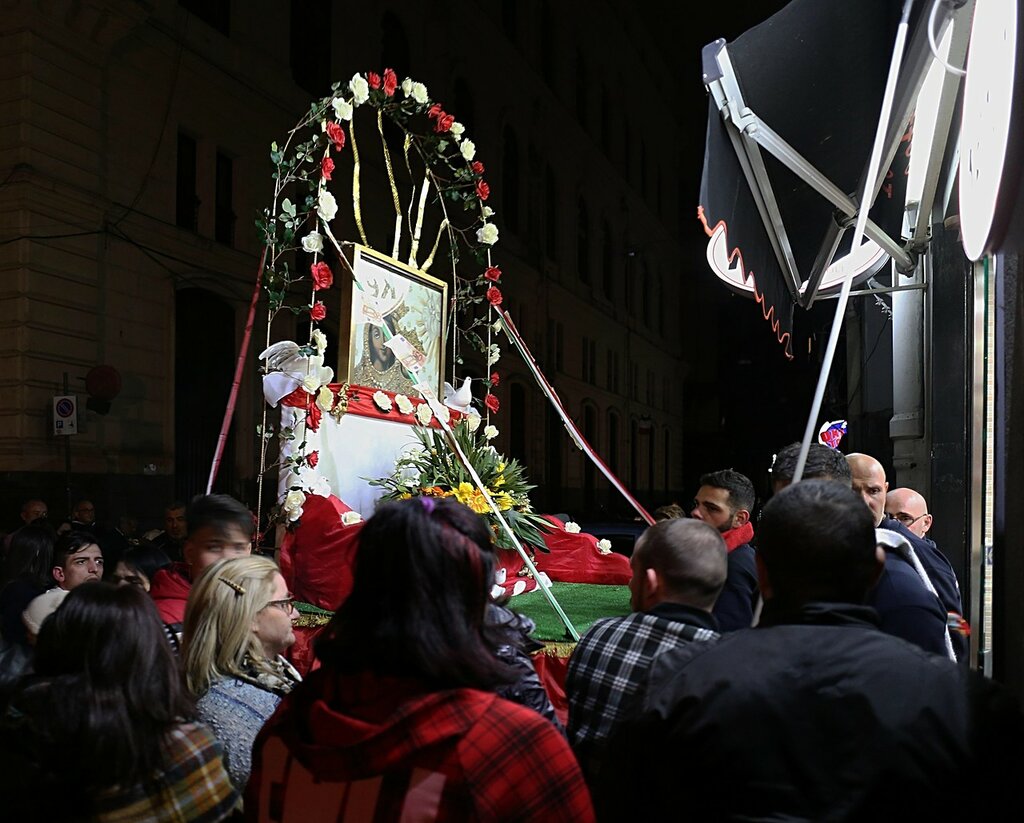 There was a cargo scooter with a full body of children who, according to local customs, should have been in their beds long ago. 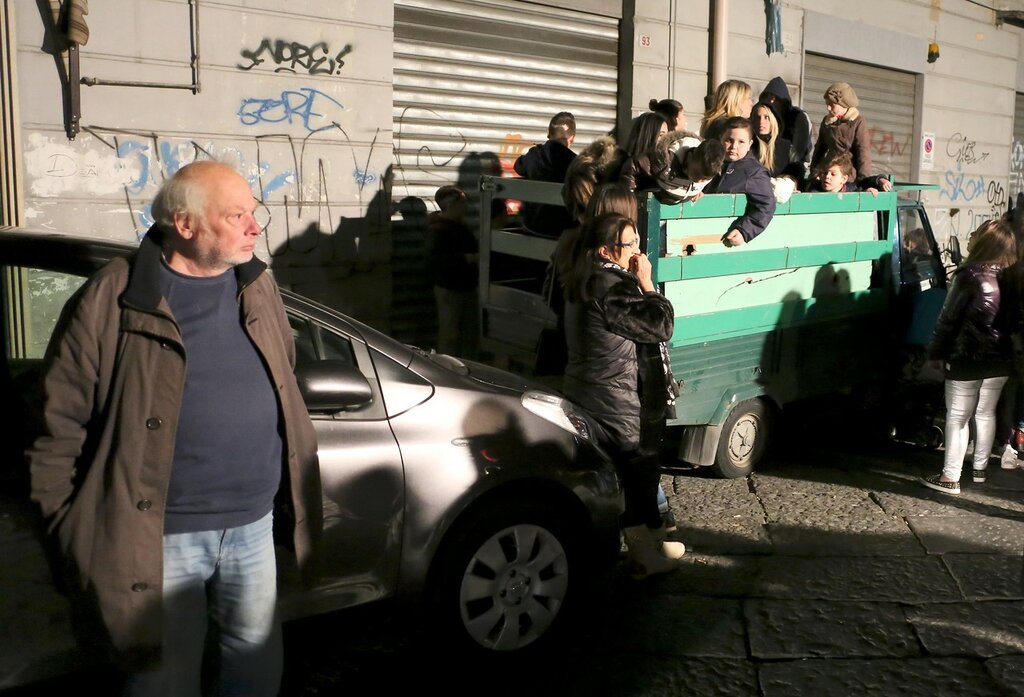 Eventually, the procession stopped at the street altar next to the Church of San Pietro in Vinculis. Passing through here a couple of days ago, I saw several men cleaning the altar - washing it and decorating it with flowers. Others were stringing ropes with green flags across the street. Images on countless street altars in Italy are the patrons of streets, neighborhoods, and even individual homes, and residents hold annual festivals in their honor. 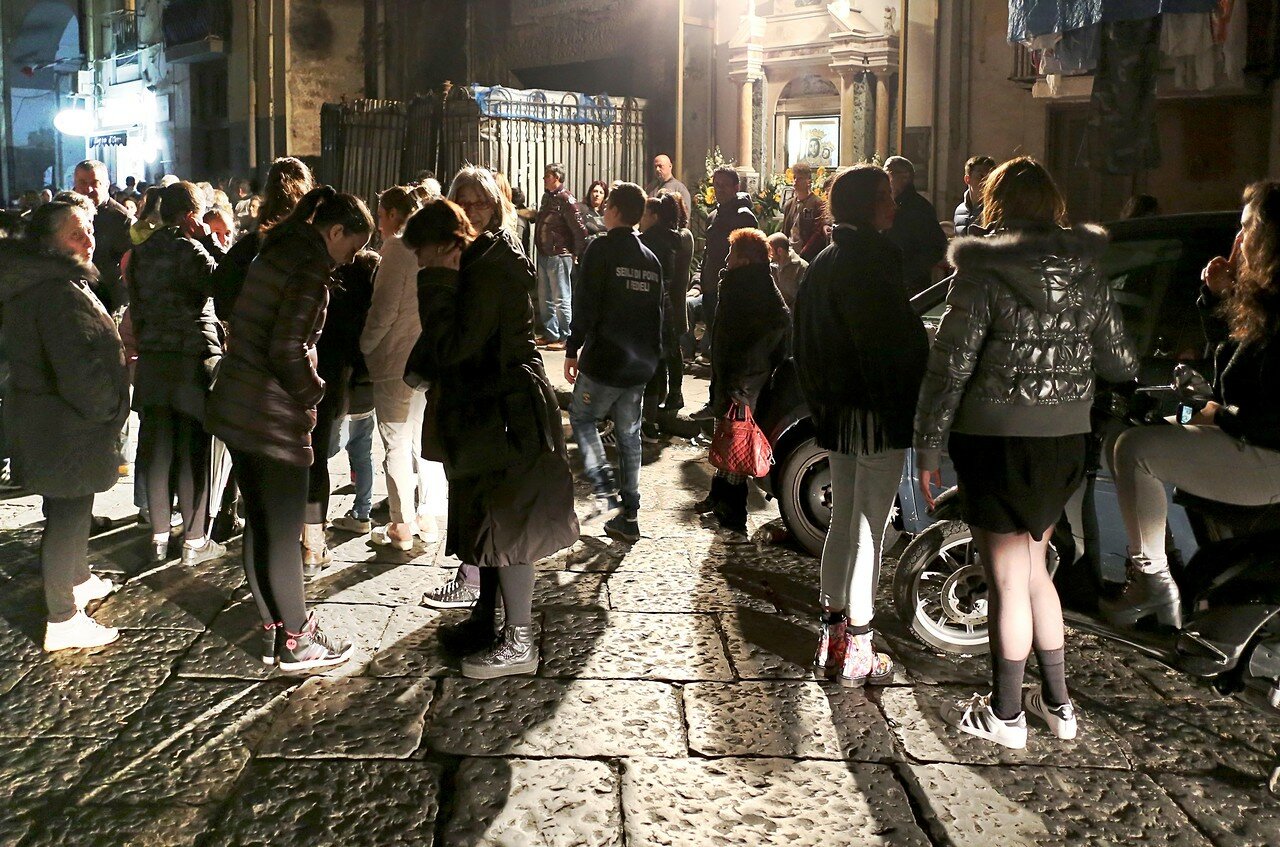 My camera clearly attracted the stares of men, who didn't seem too friendly to me, so I curtailed the photo shoot, and preferred to leave. 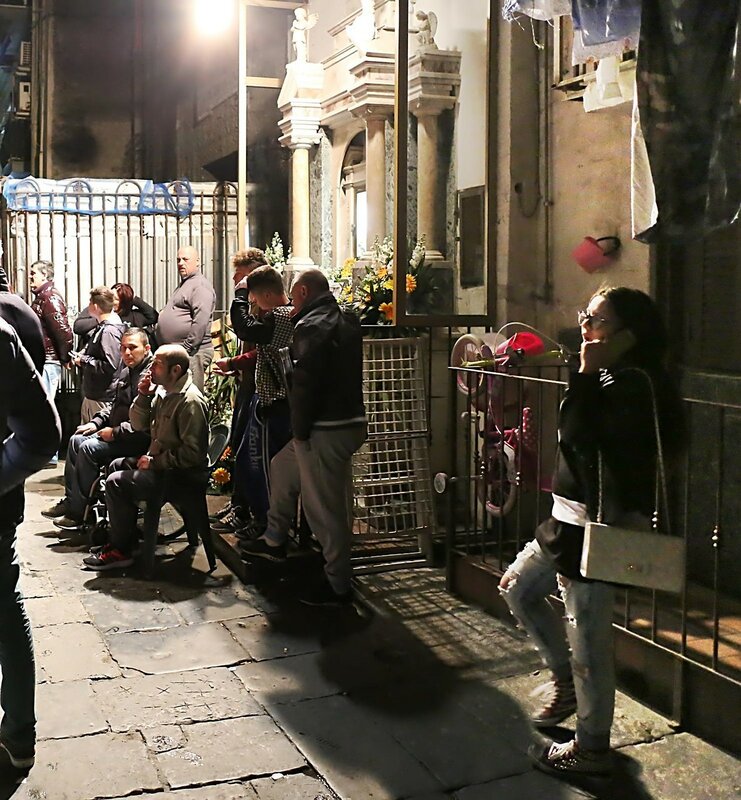 There were obviously all their own people here, residents of neighboring neighborhoods who knew each other well, of absolutely all ages. A good half were made up of children and teenagers. They, as it seemed to me, did not pay any attention to the camera at all, unlike the adult participants of the event - well, it is clear - "generation of selfies". 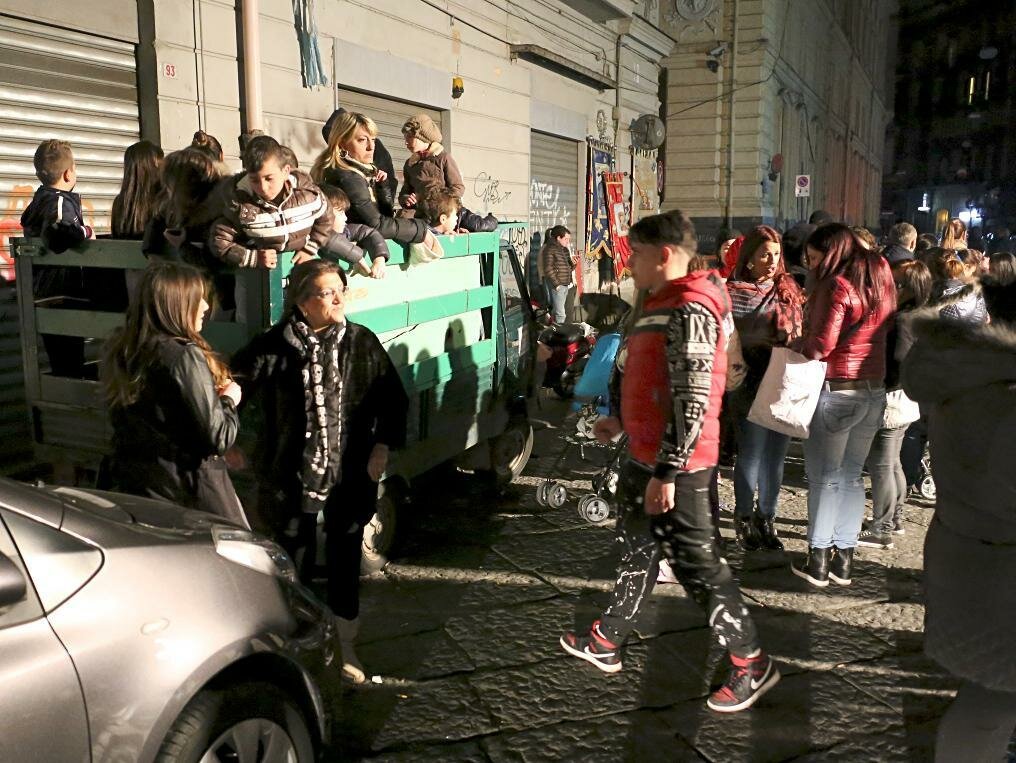